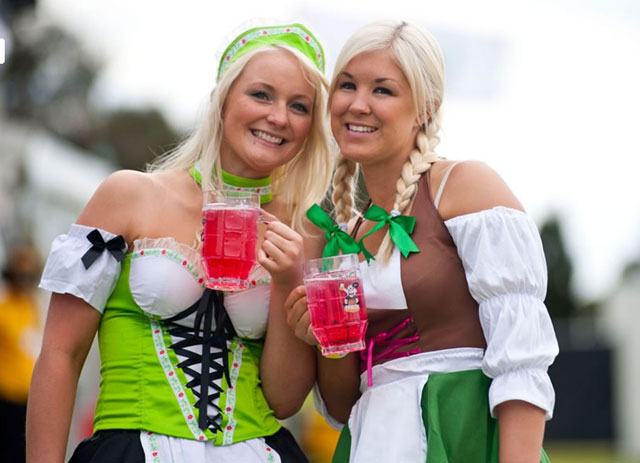 A celebration of Germanic heritage (and guns) in Australia.

Schutzenfest translates as “shooting festival,” and although there is a fair share of shooting going on during the event, the major focus is on celebrating Germanic traditions and heritage.  These festivals are very popular in Germany and also manifest elsewhere across the world, including Adelaide, Australia.  In order to celebrate the large amounts of German immigrants that came to the country nearly 200 years ago, they put on their own popular event.

Many different versions of Schutzenfest have been held in Adelaide over the years, the first recorded taking place in 1865.  They continued until World War I stopped them, but once the Second World War had come and gone, they resumed, becoming an annual tradition in 1964.  Organized by the South Australian German Association, Schutzenfest now brings in more than 20,000 people and is the largest folk festival in this part of the country.

When you attend Adelaide’s Schutzenfest, expect plenty of great German food and drink, including loads of beer.  Accompanying this is traditional German dancing and music to create a festive atmosphere.  And, as the name implies, there is indeed some shooting.  A shooting competition is held to honor the age-old tradition of marksmanship that was quite important for defending one’s self back in the day.

There are also plenty of other things to keep one busy aside from shooting and drinking.  There are activities for the kids, Strong Arm Beer Stein Lifting Competitions and a variety of cultural displays to show off German descendants’ pride in their heritage.

Whether you come from German stock or just happen to be in Australia at the time, stop through and enjoy Schutzenfest with the locals.  Drink some beer, eat some good German food and enjoy the company of some native Southern Australians.