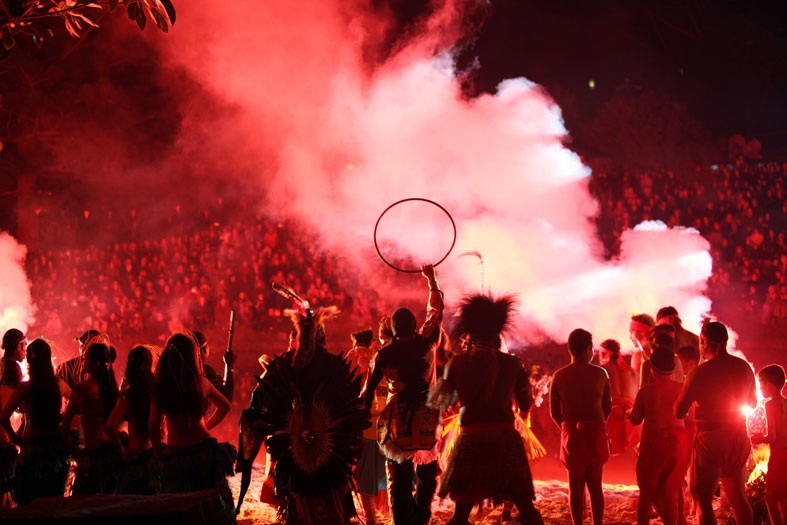 A celebration of the indigenous cultures of the world

The Dreaming Festival is the mid-year partner to the more popular and longer-running Woodford Folk Festival, though this celebration is dedicated to all-things indigenous.  It is billed as the first of its kind in the country and one of only a handful of such types of festivals in the entire world.  Though it’s a relatively new festival, this year marking its fourth year in existence, it has already managed to gather a following of tens-of-thousands.  If you’re a fan of music, art and obscure cultures, the Dreaming Festival may be right up your alley.

The festival takes place over the course of three days and four nights during the beginning of June in the small town of Woodford.  While there, one can expect to see numerous performances of art, dance, music and theater, as well as plenty of literary presentations, shows of traditional storytelling and even cultural films.  In addition to the entertainment, there is plenty to see that is of a more educational bent as well.  Exhibitions and workshops take place over all three days, dealing with all things cultural, from dance to painting to storytelling and even the making of indigenous instruments.  Lecturers and speakers round out the experience.  And, of course, there are plenty of people around selling food and drink, both traditional and cultural.

Since it is an international event, the indigenous cultures at the Dreaming Festival are not limited to those originating in Australia.  People come from New Zealand, North America, Africa and several other places to take part in this event and make it a truly multicultural gathering.

When visiting the Dreaming Festival, you can either grab up a room at one of many nearby accommodations or, if you want to be a part of the festival’s night life, camp out on the festival grounds.  It’s not as rough as regular camping, since there are hot showers available on site for those of us who need to get clean on a daily basis.  Either way, the Dreaming Festival is a great way to spend some time in Australia, getting a glimpse into all these cultures in one place and seeing things that you might never have the chance to otherwise, and all in a fun and festive atmosphere.